Chairman of the Board of Directors
Director Since: 2000

Thomas R. Cellitti was elected Chairman of the Board in June of 2020 and has served as a director of the Company since February 10, 2000. Mr. Cellitti previously was Chairman of the Nominating and Corporate Governance Committee and Chairman of the Executive Resource Committee. Prior to his retirement from Navistar Inc. (“Navistar”) in 2013, Mr. Cellitti was the Senior Vice President of Integrated Reliability and Quality, for Navistar since 2008. Prior to such time, Mr. Cellitti served as Vice President and General Manager, Medium Truck Division from 2004 to 2008, as well as Vice President and General Manager, Bus Vehicle Division from 1991 to 2004 for Navistar, where he led developing and implementing the business strategies. Prior to this time, Mr. Cellitti held positions in Manufacturing and Finance. Mr. Cellitti has also served on the board of various industry and nonprofit organizations as well as private corporations. Mr. Cellitti’s experience includes leadership in developing and implementing business strategies for profitable growth. Mr. Cellitti has a Master’s degree in Business Administration with a specialization in Finance from Loyola University of Chicago and a Bachelor’s degree in Business Administration from Marquette University.

Chairman of the Nominating & Corporate Governance Committee
Director Since: 1998

James F. Crowley has served as a director of the Company since May 28, 1998, and is Chairman of the Nominating & Corporate Governance Committee. Mr. Crowley is a private investor and Chairman and Managing Partner of Old Strategic LLC, headquartered in Connecticut. From October 2008 to September 2021, Mr. Crowley had served as a Director of Green Plains and was Chairman of its audit committee. Mr. Crowley retired in 2021. From 1993 to 2006, Mr. Crowley was a founding partner and Chairman of the Strategic Research Institute LLC. From 1984 to 1992, Mr. Crowley served in various capacities with Prudential Securities, Inc., including President of Global Investment & Merchant Banking. Prior to joining Prudential Securities, Inc., Mr. Crowley was a First Vice President and Partner at Smith Barney, Harris Upham & Co. in its Investment Bank and Capital Markets Division. Mr. Crowley has also served on the board of various not-for-profit and private organizations and universities. Mr. Crowley has a Master’s degree in Business Administration from the Wharton Graduate School of Business at the University of Pennsylvania and a Bachelors of Science degree in Business Administration from Villanova University. In addition, Mr. Crowley has attended corporate governance courses at Harvard, Stanford and Northwestern Universities. In 2019, Mr. Crowley was awarded the Harvard Business School Certificate in Corporate Governance. 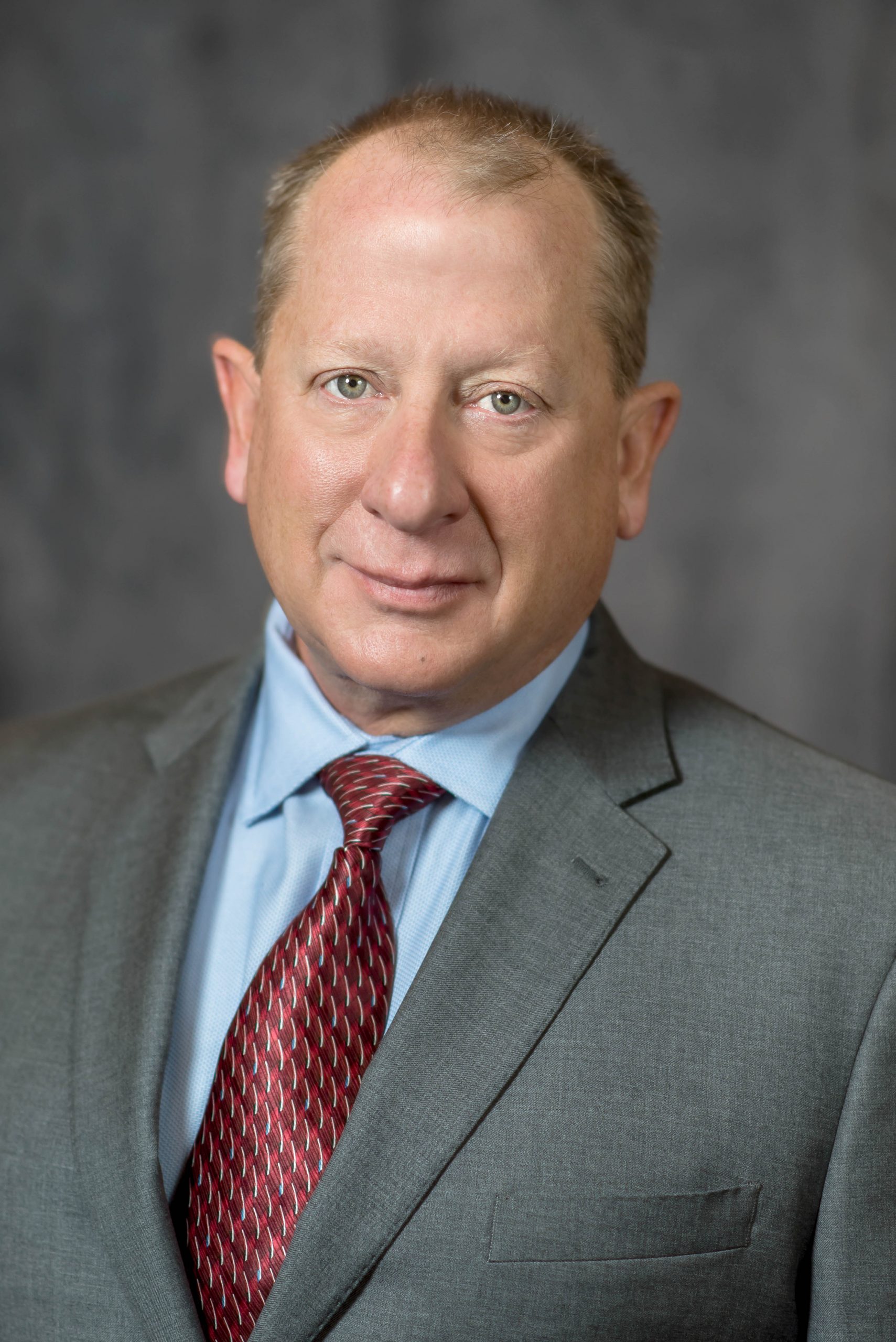 David Duvall joined the Company on October 22, 2018, as Chief Executive Officer and President. Mr. Duvall came to the Company from Signode Industrial Group, a Carlyle Group company, where he served as Group President of the Global Equipment & Tools division, from January 2017 to October 2018, when Signode was sold to Crown Holdings Inc. Prior to Signode, Mr. Duvall served as Senior Vice President and General Manager of Danfoss’ Global Hydrostatics Division from 2012 to 2017, based out of Germany. From 2008 to 2012 Mr. Duvall was Vice President and General Manager for the Global Valves business at Danfoss and led the carve-out of that business to form a stand-alone business within the Danfoss structure. Mr. Duvall has held various senior management roles in both the industrial and automotive sectors, including Americas General Manager for Fuel Tanks at TI Automotive (2005-2008) and Vice President of Operations with VITEC LLC (2003-2005). Mr. Duvall has a Master of Science in Mechanical Engineering from Stanford University and a Bachelor of Science in Mechanical Engineering from Purdue University.

Chairman of the Compensation Committee
Director Since: 1996

Ralph O. Hellmold has served as a director of the Company since its formation on December 31, 1996, and is Chairman of the Compensation Committee. He was Managing Member of Hellmold & Co., LLC, an investment banking boutique specializing in mergers and acquisitions and working with troubled companies or their creditors until 2012, and is currently an investor. Prior to forming Hellmold & Co., LLC in 2004, Mr. Hellmold was president of Hellmold Associates which was formed in 1990 and Chairman of The Private Investment Banking Company which was formed in 1999. Prior to 1990, Mr. Hellmold was a Managing Director at Prudential-Bache Capital Funding, where he served as co-head of the Corporate Finance Group, co-head of the Investment Banking Committee and head of the Financial Restructuring Group. Prior to 1987, Mr. Hellmold was a partner at Lehman Brothers and its successors, where he worked in Corporate Finance since 1974 and co-founded Lehman’s Financial Restructuring Group. Mr. Hellmold is a Chartered Financial Analyst and has served as director, and on the audit committee, of other public corporations in the past. Mr. Hellmold has a Master’s degree in International Relations from Columbia University and a Bachelor of Arts degree from Harvard College.

Chairman of the Audit Committee
Director Since: 2013

Sandra L. Kowaleski has served as a director of the Company since September 21, 2020. Ms. Kowaleski is the current VP of Operations at Stanley Black and Decker. She is responsible for manufacturing locations supporting the Outdoor Business Unit and providing operational leadership to the integration activities and electrification strategy post-acquisition of MTD Products. From 2015 to 2020, Ms. Kowaleski served as a Global Operations Leader of Momentive Performance Materials, a global leader in silicones and advanced materials serving the aerospace, automotive, transportation, electronics, and semiconductors industries. In her career, she has also held several executive-level operations and business leadership positions, including Vice President – Global Operations for Minerals Technologies and Vice President, General Manager – Functional Coatings & Manufacturing Operations for OMNOVA Solutions/GenCorp. Ms. Kowaleski’s experience includes global operational and manufacturing system optimization, leading business and culture transformations, multi-national business leadership, and strengthening financial results in multi-site businesses. Prior board experience includes the Board of Trustees for the OMNOVA Foundation and Advisory Board Member for the Industrial Systems & Welding Engineering department of The Ohio State University. She was also a Managing Director for GmbH. Ms. Kowaleski has a Bachelor’s Degree in Chemical Engineering from The Ohio State University.

Andrew O. Smith has served as a director of the Company since August 6, 2015. Since 2019, he has been the President and Chief Executive Officer for Yenkin-Majestic Paint Corporation/OPC Polymers (“YM/OPC”), a privately-held manufacturer of coatings resins, and architectural paints, and industrial coatings serving customers primarily in North America. Before joining YM/OPC in 1995, Mr. Smith served as a principal in several entrepreneurial businesses, after beginning his career as a management consultant in the strategy practice of Booz · Allen & Hamilton, where he advised major industrial and financial corporations. In his current position, Mr. Smith oversees manufacturing, finance, information technology, legal, research and development and strategic planning. He also serves on the Board of YM/OPC, the Buckeye Institute for Public Policy Solutions, and several other non-profit organizations. Mr. Smith has extensive experience in manufacturing and materials development, knowledge of supply chain and logistics, and extensive experience analyzing financial statements. He is a member of the bar of the State of New York and active in professional organizations including the National Association of Manufacturers and the American Coatings Association. Mr. Smith has a law degree and a Master’s degree in Business Administration both from the University of Chicago and a Bachelor’s degree in Engineering from the School of Engineering and Applied Science and a Bachelor’s degree in Finance from the Wharton School of Business, both at the University of Pennsylvania.